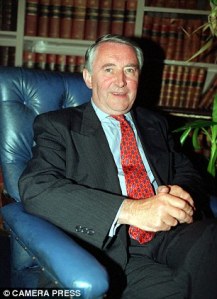 Lord David Steel – the Father of the 1967 Abortion Act

The 1967 Abortion Act was originally a Private members’ bill brought by MP David Steel. One initial purpose of the Act was to decrease the number of tragic deaths that were occurring  from illegal abortions taking place in either unsanitary conditions or being carried out by amateurs. The Act was passed in response to a public health issue (maternal mortality) and was not meant to leave a wide open door for abortion on demand.

Many pro-lifers believe that initial purpose of the 1967 Act has been drastically altered, as only 143 of the 6 million abortions since 1967 were carried out on the grounds of preventing maternal mortality. The original Act did not cite a time limit for abortions. However, it made reference to the Infant Life (Preservation) Act of 1929 which stated that one must not destroy the life of a child who is ‘capable of being alive’. Section Two states: ‘evidence that a woman had at any material time been pregnant for a period of twenty-eight weeks or more shall be primâ facie proof that she was at that time pregnant of a child capable of being born alive.’ Therefore, it was accepted that abortion after 28 weeks was an offence. Now, abortions are carried out up until birth on the grounds that ‘that there is a substantial risk that if the child were born it would suffer from such physical or mental abnormalities as to be seriously handicapped.’  The 1990 Human Fertilisation and Embryology Act is open to broad interpretation because the term ‘seriously handicapped’ was not defined. In 2003, Joanna Jepson went to the high court to challenge the legality of a baby terminated at 28 weeks because of a cleft palate. She argued that the a cleft palate is not a ‘serious handicap’ and therefore should not be accepted as a grounds for an abortion.

Critics of the 1967 Act argue that it was designed to be strictly applied to a limited number of women on the grounds of compassion, in circumstances where it was believed that there was little other choice. It has since given rise to an industry responsible for 185,000 abortions a year (to contextualize this number there are roughly 800,000 live births per year in the UK).  It is estimated that 46% of  women in the UK will have had at least one abortion by the time they are in their 30s. Even Lord Steel, the main proponent of the 1967 Act, is disturbed by these statistics; “the number of abortions occuring is thouroughly undesirable and was never the purpose of the Act.” Furthermore, the Director of Public Prosecutions informed doctors that current laws don’t prohibit sex-selective abortions. It is estimated that sex-selective abortion in the UK has reduced the population of women by up to as many as 4,700. 47 years later, it is essential to reflect on how one Act can cause such enormous repercussions in such a short period of time. 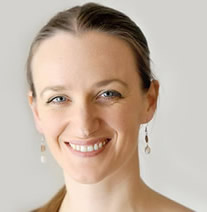 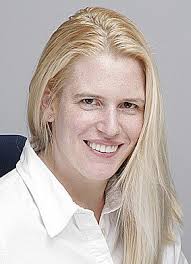 In light of these sobering statistics, this Monday, March 10th, OSFL will host Caroline Farrow and Kate Smurthwaite to debate the motion ‘This House Regrets the 1967 Abortion Act’. Kate Smurthwaite is a comedian and political activist, Vice Chair of Abortion Rights UK and can be seen in action here. You can read her blog here . Caroline Farrow is a pro-life campaigner, a freelance writer and a Catholic Voices speaker and commentator. You can see her speaking on Daybreak here and read her blog here.

You can find the details about the debate on Facebook.