When I say the words ‘pro-life activist’ and ‘Hollywood actor’, what are your first thoughts? Oxymoron…. What?… Impossible….Doesn’t Exist!  Yes, those were exactly my thoughts…..until I found out about Eduardo Verastegui, a passionately pro-life Hollywood movie star!

For those of you who didn’t come to our film night last Hilary, Eduardo was one of the main characters in Bella, which received critical acclaim for its moving and imaginative treatment of the difficult issues of life and abortion, depicts one defining day in the life of an expectant young mother and her encounter with a friend who spontaneously steps in to help her. Amazingly, Eduardo actually became pro- life while doing character research for Bella because his director recommended he visit an abortion clinic. During his visit to the abortion clinic he ended up talking with a young actress who was scheduled to have an abortion that day:

“I gave her a little teddy bear just like in the film. I gave her my cell phone number and everything, and then she started crying and she left the place. She didn’t go in, so I thought maybe she was going to come back the next day because she was a little shy with me. I called her like three or four times, [and that was the end of it, or so I thought].”

“We found the actress, moved to New York, finished the film and came back to Los Angeles. A few months later I received a call from the man who was with her. He said, “Eduardo, I have great news. My baby was born yesterday, and I want to ask your permission because I want to call him Eduardo.”I couldn’t even talk. I put my phone down. I was emotional more than I ever was in my life. I went to the hospital and I saw the baby. A few days later I was carrying the baby in my arms, and the way he was looking at me changed my life.He changed my life because I didn’t plan to do this. I went there only to do my work as an actor.”

This experience inspired Eduardo to become more involved in the pro-life movement and since then he has been moving mountains fighting for the rights of the unborn and supporting pregnant women.

In 2010, through his non-profit organization Manto de Guadalupe, he opened a pro-life medical clinic in Los Angeles which he refers to as “an oasis of life” in a “desert of death” because of its location in the midst of 10 abortion clinics. The 5,000-square-foot facility serves 20 women daily and offers free pregnancy-related services such as ultrasounds, prenatal care and natural family planning education. It offers medical services in addition to counseling, and has an obstetrician/gynecologist on staff.

Along with his political activism, Eduardo also travels around the world sharing his testimony and encouraging young people to use their talents for the pro life cause. If that is not enough for pro-life hero status, Eduardo also founded a film company called Metanoia which aims to “produce films that not only entertain but which also make a difference in people’s lives. We want our audience to leave feeling inspired to be a better person wanting to love and forgive more, and that they will have hope and fire in their hearts.”

His next film, Little Boy, out on April 24th, is about a 7-year old boy who is willing to do whatever it takes to bring his father home from WWII. It is a beautiful and inspiring story which highlights the important role of fathers.

Eduardo’s story is such an inspiration and a beautiful example of the fact that each one of us can make a difference whether it be in an Oxford library, outside a local abortion clinic, at your college, in the Parliament or hey…. even in Hollywood!

As another great pro-life heroine said: 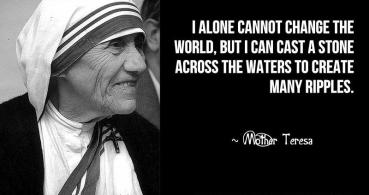 At the end of February, the House of Commons rejected a bill that sought to spell out the illegality, under the 1967 Abortion Act, of sex-selective abortion. The bill, proposed by Fiona Bruce MP, called for a clarification in the law that the terms of the Act do not allow abortion based on the sex of the unborn. It was shot down 292-201. Many have claimed that sex-selective abortion is illegal, including the Health Secretary. But there’s no explicit stipulation in the law preventing it, as BPAS’s Ann Furedi has pointed out. And the Crown Prosecution Service has twice blocked a prosecution against Drs. Prabha Sivaraman and Palaniappan Rajmohan, whom the Telegraph caught on camera agreeing to procure gender-based abortions in 2012. So the question has to be asked again: is sex-selective abortion legal in Britain? By default and in practice, it seems to be.

This isn’t an easy conclusion to face. The question of sex-selective abortion has cut across typical lines of opinion, perhaps more so than any other question in the abortion debate. Most people, even many who are pro-choice, seem to see something deeply wrong in aborting unborn children – usually girls – based on their sex. The trouble is that once you dig a bit deeper into what exactly is wrong with sex-selective abortion, you end up asking questions that defenders of abortion don’t want to answer.

There are many reasons to be repelled by the idea of sex-selective abortion, or “gendercide” as its critics have dubbed it. For those of us who are repelled by the idea of all abortions, the sexism of gendercide is a blatant insult added to a far more profound injury. For those who don’t object to other reasons for aborting, however, the issue becomes murkier. If it’s acceptable to abort an unborn girl because she’ll be expensive to raise, she has Down Syndrome, or her parents don’t love each other, why isn’t it acceptable to abort her because she’s a girl? Legal abortions are defended as beneficial for women who want to have them; practically speaking, that benefit isn’t altered if the child’s sex is the main motive for a termination.

A number of pro-choice commentators have ended up defending sex-selection, making this very point. But those who defend sex-selective abortion must resort to doing so by fixating on choice in a way that suppresses ethical discussion of the content of that choice. Humans can make good and bad decisions, and the point of ethical discussion is to evaluate what those are. Defending gendercide by giving choice an absolute primacy is a preemptive way of avoiding the real question at hand.

The question of sex-selective abortion isn’t going to go away, and nor should it. Pro-life people who want to win hearts and minds need to push this point, because the gendercide issue draws out serious problems in contemporary pro-choice arguments. And pro-choice people who want to secure the right to abortion even based on the sex of the child need to ask themselves if a feminism that allows for discrimination against and selective destruction of girls is worth defending – or can be called feminism at all.